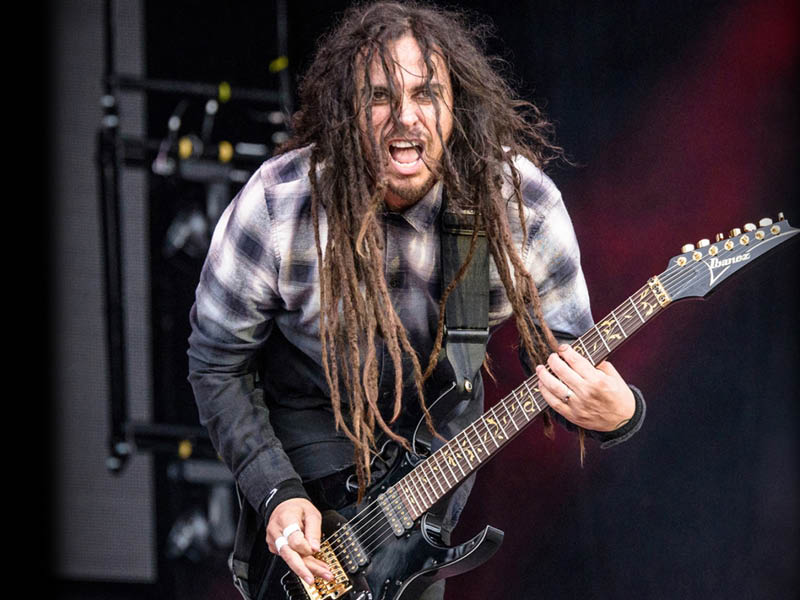 Korn is the pioneer American nu metal band from Bakersfield, California, consisting of founding members James "Munky" Shaffer on rhythm guitar, Reginald "Fieldy" Arvizu on the bass guitar, Brian "Head" Welch on lead guitar, and lead singer Jonathan Davis on bagpipes, with the addition of Ray Luzier on drums. Korns album, The Nothing, released in 2019, garnered Korn their 14th top 10 entry on the Billboard 200 chart. “On this album, death is a theme that runs through the whole thing. It’s this entity, this force, which made me deal with depression, pain, suffering and trying to come to terms with it. It’s me grieving. It was very emotional; I was crying and s***,” said Korn singer Jonathan Davis to Billboard back in 2019.

Staind is an American rock band formed in Springfield, Massachusetts. The current lineup consisted of lead vocalist and rhythm guitarist Aaron Lewis, lead guitarist Mike Mushok, bassist and backing vocalist Johnny April, and Sal Giancarelli. In 2019 after a five-year hiatus, Staind reunited for festival performances and a hometown reunion show, where their new album, Live: It’s Been Awhile, was recorded. Staind recently announced their first album in nine years as Live: It’s Been Awhile was released digitally on May 7. The live album comes in at 15 total tracks and features the band’s landmark single “It’s Been Awhile.”