Put your hands together as MidFlorida once again brings the very best talent to it's stage!

You heard it right, the unmissable rockers, Train are hitting the LIVE stage and will be bringing opening acts Natasha Bedingfield & O.A.R.! If you're a fan of any of these incredible acts then be sure to get on down to MidFlorida Credit Union Amphitheatre on Friday 26th May 2017, as this show is one of the most talked about events of the year, and you can see why! Tickets are on sale NOW – but you better hurry! 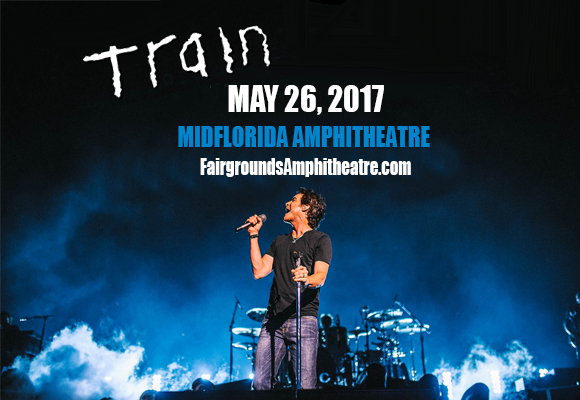 Train need no introduction as one of the most nostalgic acts on the music scene. For over 20 years they have been packing out stadiums all around the globe with their Rock anthems that just never get old…
First formed in San Francisco in 1993, Train would later release their very first album in 1998, this record almost instantly went platinum! And of course included the hit single “Meet Virginia.” Followed by a series of albums in the next few years, which would showcase some of their biggest singles in their entire career, songs like “Drops of Jupiter,” “Calling All Angels” and “Hey, Soul Sister.”