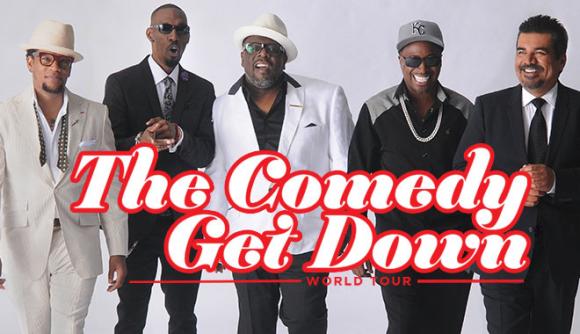 "first scripted comedy series about what really happens behind the scenes of a massive stand-up comedy tour featuring five legendary comics – George Lopez, DL Hughley, Cedric the Entertainer, Eddie Griffin and Charlie Murphy. They’re hilarious, insane and unapologetic on stage, but the second they step off is when the real show begins. The storylines are based on actual events that have taken place not only on their wildly successful Comedy Get Down arena tour, but throughout the 25 plus years each has been a nationally headlining comedian. A workplace comedy at its core, the 30 minute, single-camera series explores the personal and professional relationships of these five comic titans as they navigate the challenges of life on the road: seedy venues, racist road managers, pushy wives, angry baby mamas, obsessive fans, demanding celebrities, shady politicians and more."