An iconic rock band in the middle of a family feud for a little over a decade may be too hard to handle… but not for The Black Crowes' legions of fans. Finally, the rock gods have heeded their prayers and made the sibling reunion possible! Brothers Chris and Rich Robinson finally found common ground to set all differences aside…“It’s always been our band and it’s funny through all the trajectory of the good and the bad — the joy and the frustrations,” Chris says. “[Rich and I] were laughing, saying the one thing [we] can always agree on is, Shake Your Money Maker’s a good record.” "Shake Your Money Maker", shaking things up in 2020 with tour that will mark their first live shows since 2013. The Black Crowes at MidFlorida Credit Union Amphitheatre on Wednesday 1st July 2020, yes this is happening! Book your tickets now! 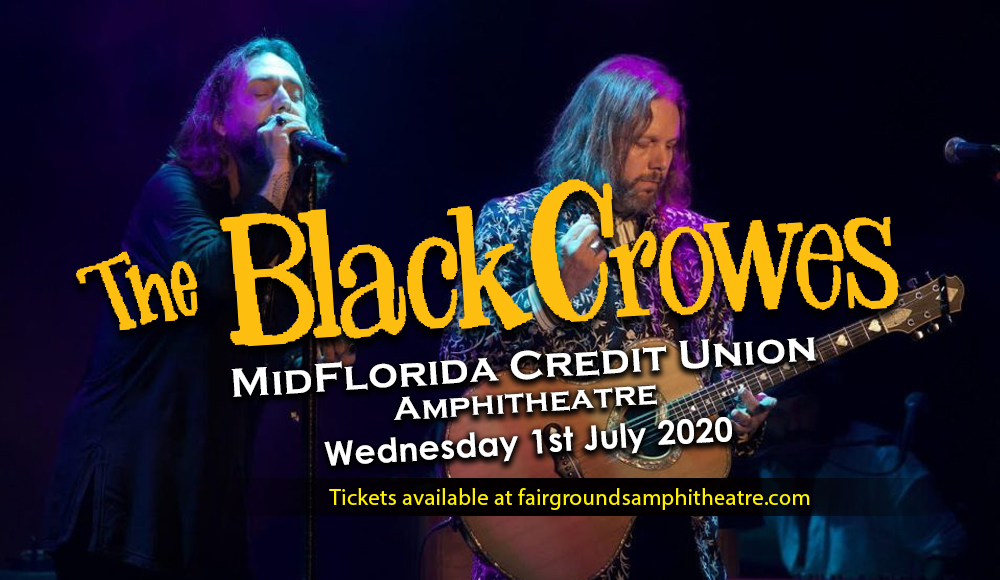 "Shake Your Money Maker", is now 30 years old. Age makes things get better like fine wine. Such a timely manner to celebrate this milestone as Chris and Rich Robinson finally decided to patch things up with great ole solid rock n' roll.

"I'm thrilled & blessed to be playing with my brother celebrating the music we've made & bringing our lives together full circle. Long live Rock n' Roll & The Black Crowes!"

Rich Robinson adds, "First and foremost, I'm really happy to have my brother back in my life. To be able to play music again together and celebrate the first record we made as kids, is a gift. To have these songs stand up after 30 years is something I could've never fathomed."

The Black Crowes' astounding debut album "Shake Your Money Maker" — has spawned the rip-roaring hits like"Jealous Again", "Twice As Hard", "She Talks To Angels", and the rollicking cover of Otis Redding's "Hard To Handle".

Since then, the band has produced eight studio albums and four live albums to their name, The Black Crowes sold more than 30 million albums, and is listed at number 92 on VH1's 100 Greatest Artists of Hard Rock. Rolling Stone readers also voted them 'Best New American Band' in 1990.

Melody Maker were quick to proclaim them as "the most Rock n' Roll Rock n' Roll band in the world"; as well as Rolling Stone describing them as, "a guitar-party cracker that marries Southern R&B crunch and Anglo cock-strutting attitude."

Be part of this year's biggest rock n' roll party! No one does it better than the Black Crowes!