Exciting announcement! As two of the most legendary artists come together for one incredible night of entertainment!! 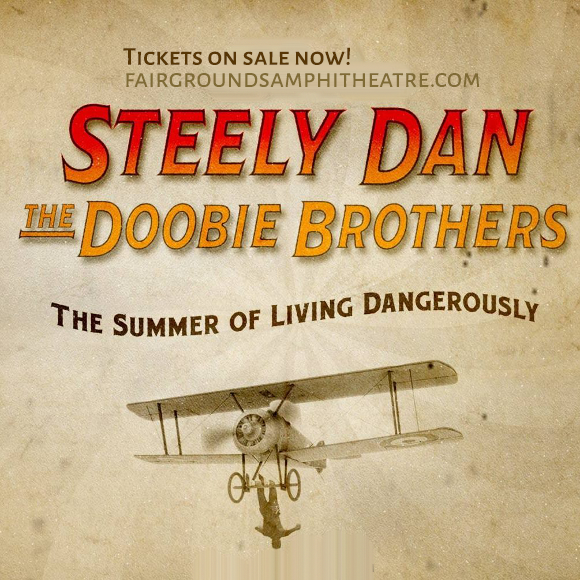 As one of the most understated bands around… it's no wonder that Rolling Stone Magazine titled Steely Dan as "the perfect musical antiheroes for the Seventies", for their smooth blend of jazz rock with whimsical, ironically charged lyrics, this has built them a long standing following and these guys are loved their compelling four decade career. From their critically acclaimed 1972 debut album Can't By a Thrill, to their triumph at the 2000 Grammys when Two Against Nature (their first studio album in 20 years) won four awards, the band have clearly earned their induction into the Rock and Roll Hall of Fame. Over the years, Steely Dan have sold over 40 million albums worldwide, and are still as outstanding live as they ever were!

From the get go "They came in and Walter stood next to Donald, who played piano and they played their songs. They had unusual references to Fifties jazz and William Burroughs and unusual chord changes…. Nobody had ever combined those elements into a contemporary song. It was a different world." and to this date… the legendary group and taking the road with fellow The Doobie Brothers for a sensational tour – have you got your tickets?! Check to see if they are stopping off at a venue near you this Spring, you won't want to miss this.