The posters of boys the chaotic underworld in the realm of heavy metal rock are back! Slipknot, with Marilyn Manson and Of Mice and Men are out, spreading madness and mayhem these days. These acts are metal gods who have ruled and have become rock music’s most revered pillars. So having these threesome act all in one stage is anything but colossal in magnitude. ans are now on a massive hot pursuit for tickets. If you want to secure your place in the mosh pit or just simply be there rocking your heart out and seeing these gods in the flesh, better act fast and get your hands on those highly in-demand tickets. 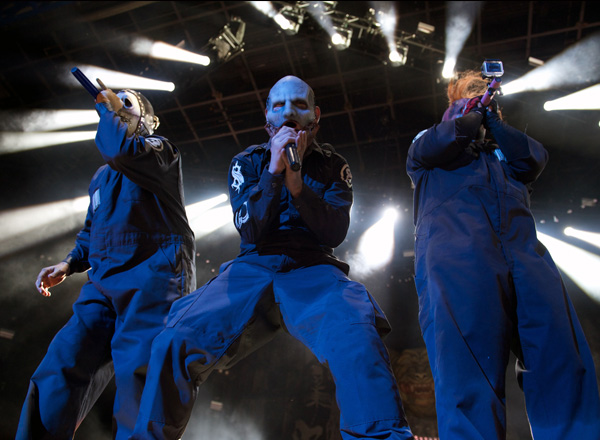 Slipknot has made a lot of noise, grabbing a lot of attention as one of the biggest and dominating forces among heavy metal bands. Edgy. Violent. Dark. Chaotic. Aggressive. Eccentric. This is how the public describes them, but beyond that, their music stands out. Fans are not only head banging to their music; critics have lauded them for their tight and solid style.

There was no looking back for this band formed in Des Moines, Iowa who hit it big with their eponymous debut album in 1999. With their 2001 follow-up album,Iowa, the band got bigger, until their fourth album, All Hope Is Gone, debuted at number one on theBillboard 200 chart. All these intensified with their tireless touring schedule, playing sold-out shows to numerous stages all over the world.

Though Slipknot went on a six-year hiatus after the death of founding bassist Paul Grey and after the departure of original drummer Joey Jordison from the band, fans stayed on, eagerly anticipating their next move. In support of their latest 2014 and fourth album, ".5: The Gray Chapter”, Slipknot is back on the road again, in this massive tour with Marilyn Manson and Of Mice and Men.