This summer and fall, Mr. Worldwide will be living up to his name as Pitbull heads out on a huge headlining world tour, calling in at MidFlorida Credit Union Amphitheatre on Wednesday 13th October 2021! The I Feel Good Tour is primed to do exactly what it says on the tin – getting fans in the mood for fun and non-stop dancing as he blasts out hits from his epic career! Pitbull will be joined for his stint on the road by the unbelieveable Iggy Azalea! 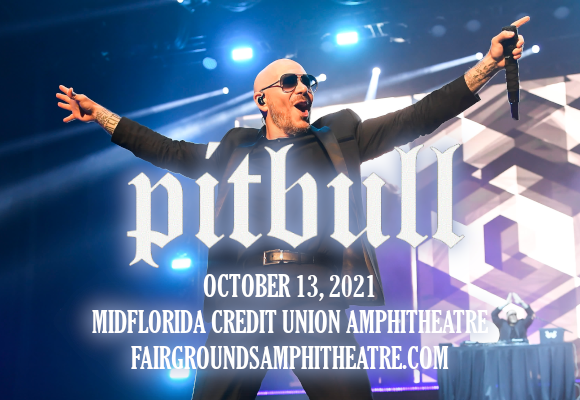 One of the world's most successful rappers and singers, Miami-born artist Pitbull began in the early-2000s on the crunk and reggaeton scenes before transitioning into the pop world in 2011. Known for hits like "Give Me Everything" (featuring Ne-Yo, Afrojack and Nayer) and "Timber" ft. Kesha, he is a prolific performer who has over 200 music videos, over 300 singles (including features), and over 1,000 songs (in total) to his name, as well as more collaborations than any other music artist. Having won 35 Billboard Latin Music Awards, he was ranked by Billboard as the 45th Top Artist of the 2010s and the 24th Top Latin Artist of the 2010s. Throughout his two decade career, he has sold over 25 million studio albums and over 100 million singles worldwide.