Things are getting exciting at MidFlorida Credit Union Amphitheatre! The unparalleled talent that is One Direction’s Niall Horan is taking his Flicker album across America in the massive Flicker tour, featuring special guest, country superstar Maren Morris! The tour will bring them to the MidFlorida Credit Union Amphitheatre on Saturday 22nd September 2018 – fans can’t afford to miss it! Tickets are still available but selling fast – snap yours up while you can! 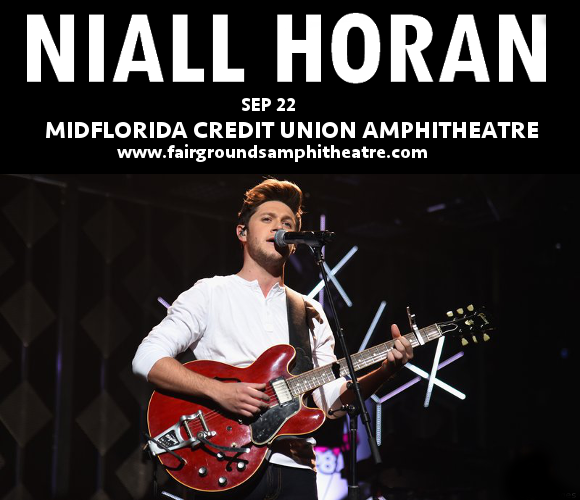 Since leaving One Direction, Niall Horan’s work has taken on a new, folk-influenced style. Prior to the album’s release, Niall Horan previewed versions of the brand new material live in the 2017 Flicker Sessions tour, playing venues far smaller than he ever did without One Direction, allowing fans to share an intimate experience befitting the nature of the new album. “Flicker,” is a an album close to Horan’s heart, revealing personal sides of the singer that have never been shown to the world before. Together with the writers and producers who produces many of One Direction's hits, including Jamie Scott, Julian Bunetta and John Ryan, Horan wrote an album that shows him with an all new vulnerability.

"I wanted this album to be completely personal,” Horan said, regarding the writing process behind creating “Flicker”; “and therefore the best way for me to get what I wanted out of the songs was to write them with friends.”

Be among the first to hear all the new material live – book your tickets to see Niall Horan NOW while they last!!