If you only see one show in 2018, make it this. The Grammy-award winning, bestselling country artist Miranda Lambert is back on the road, and she’s teaming up with Little Big Town for the journey!! These two top country acts are coming to the MidFlorida Credit Union Amphitheatre on Friday 3rd August 2018!!! Get ready for a truly unbelievable show! Tickets now available – be quick though, they won’t last long!! 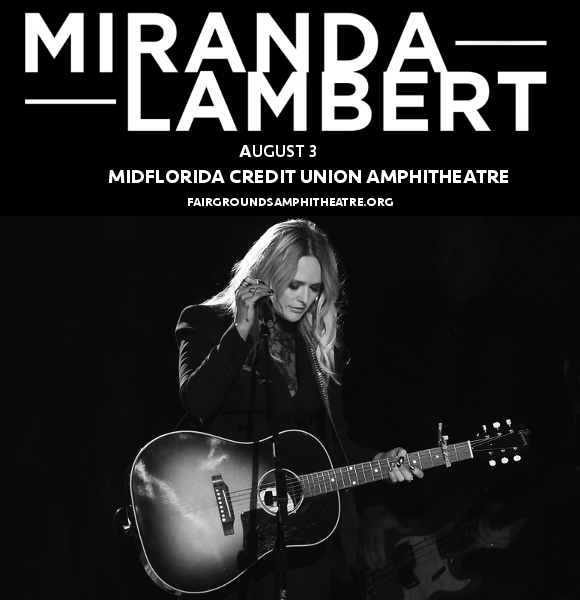 The winner of 21 Acdemy Of Country Music Awards, two Grammys and since 2010, the holder of the female vocalist category of the Country Music Association awards, Miranda Lambert’s influence on country music today has been nothing short of staggering. Starting out with powerful messages in her bestselling debut album “Kerosene,” she’s never been one to shy away from important issues in her music. Described by music critic Ann Powers called her “the most important thing in mainstream country,” there’s no doubt that Miranda Lambert has inspired millions and opened doors for female country artists everywhere.

From the anger and attitude of her first albums, Miranda Lambert now takes a more reflective, retrospective look at her life with her latest album, “The Weight Of These Wings,” which has already achieved Platinum certification. Listen to the single “Vice,” below – but don’t wait about too long, as those tickets certainly aren’t going to!! Get ready to hear all the new songs from Miranda Lambert and Little Big Town live in what promises to be the best country show of the year!