A flaming red hot ticket from the country music scene belongs to none other than the fiery and fierce country songstress Miranda Lambert. If you are starting to feel the heat on this side of town, that’s because the ‘Keeper of The Flame Tour’ is soon coming your way.

Miranda Lambert fans are definitely catching fire and are frantically getting their hands on those hot tickets. Avoid the mad rush —that is, if you still can…No time to waste, get those tickets in a flash! 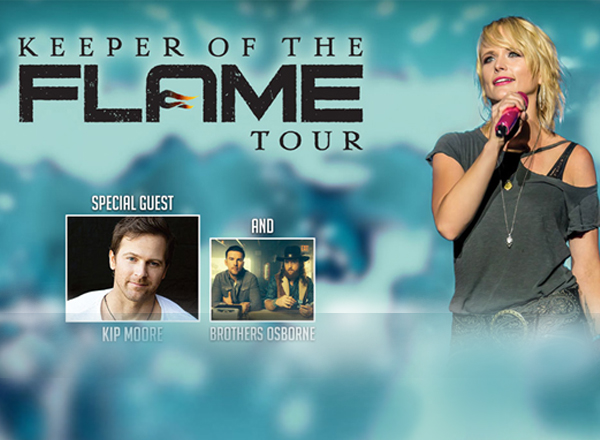 Since her rise to fame in 2003, Miranda Lambert has become of the hottest country stars on the scene… her flawless songwriting abilities and live performances have everyone talking, from music fans to industry alike. In 2005, her debut album "Kerosene" hit the charts and produced the huge singles "Bring Me Down", "Kerosene", and "New Strings”.
This was just a starting point, Lambert's next releases would be one platinum album after the other!
Winning her numerous of Grammy Awards, the Academy of Country Music Awards, and the Country Music Association Awards. Along with an incredible status as Female Vocalist of the Year award from the Academy of Country Music for six years in a row!