Hip hop fans! Something very special is coming to MidFlorida Credit Union Amphitheatre on Saturday 13th July 2019… Hip hop's king and queen, Nas and Mary J. Blige, are taking to the stage for a co-headlining tour that will blow your minds! These world-renowned artists have been friends and collaborators since the late '90s and this is the first chance for fans to see them together in one incredible show! 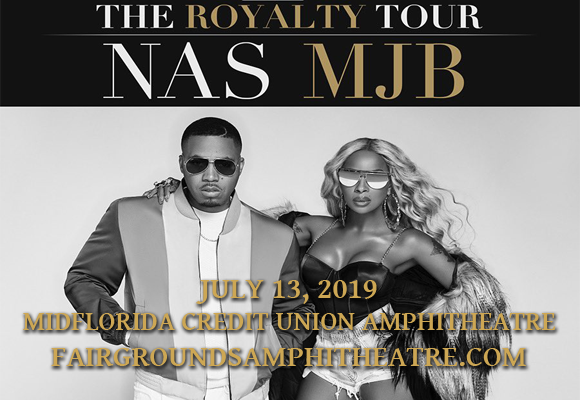 Finding instant universal acclaim with the release of his 1994 debut album, Illmatic, Nas is an American rapper, record producer, actor and entrepreneur. Illmatic, which is frequently ranked as one of the greatest hip-hop albums of all time, laid the foundations for a hugely successful career that has seen Nas release eight consecutive platinum and multi-platinum albums and sell over 30 million records worldwide. Throughout his career, he has appeared on a variety of Greatest MCs/Rappers lists and he is considered by many to be the greatest rapper of all time.