Pop fans listen up as two of the biggest artists are coming LIVE on their extensive North American tour this Fall! That's right everybody's favorites Maroon 5 & female power Meghan Trainor are both heading down to MidFlorida Credit Union Amphitheatre on Friday 24th September 2021 – for a night of pure entertainment and unforgettable moments! If you want to be a part of the crowd – secure those tickets for the main event as they are officially now on sale! 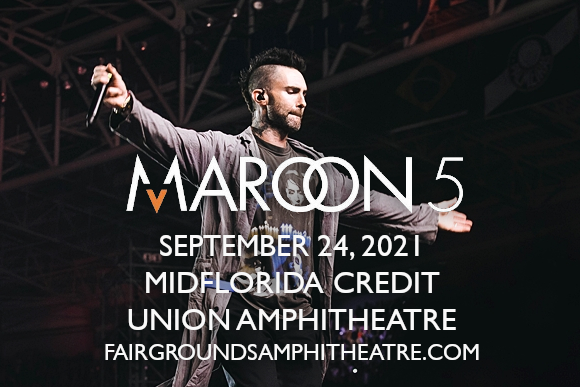 Maroon 5 built up their reputation over the years from the local music scene, to the worldwide superstars we know them of today. With their soulful pop music they transformed the mainstream music scene and have become well known for their incredible, long-standing chart topping hits. With their career taking them through the decades, Maroon 5 have kept up to date with all of the current music trends and continue to showcase what they do best.

Throughout their career Maroon 5 have released some unforgettable albums but the one that put them on the map was their debut of 'Songs About Jane' the record of course included some of their greatest songs of all time from Sunday Morning to Harder to Breathe, She Will Be Loved and This Love. All songs that are still so loved today and played across radio stations around the globe. They will always remain to be sing-along catchy hits of all time.

With their newly found success after their debut album release, Maroon 5 kept on churning out albums and hit singles such as; Won't Be Soon Before Long back in 2007 and in more recent years with their Hands All Over record which included the single "Moves like Jagger" – the song exploded onto the charts and became one of the biggest songs of the entire year!

Join the fun and excitement this Fall as Maroon 5 comes to MidFlorida Credit Union Amphitheatre for a night to remember, with support from the equally as talented pop star Meghan Trainor!