Get ready for the most epic show you’ll see this year!! That’s right, moody goth rock band Evanescence are back, on a massive co-headlining North American tour with electric violinist Lindsey Stirling!! They’re bringing their show to the MidFlorida Credit Union Amphitheatre on Friday 17th August 2018!! Click the “Buy Tickets,” button now to be sure of your place at what promises to be a truly spectacular show!! 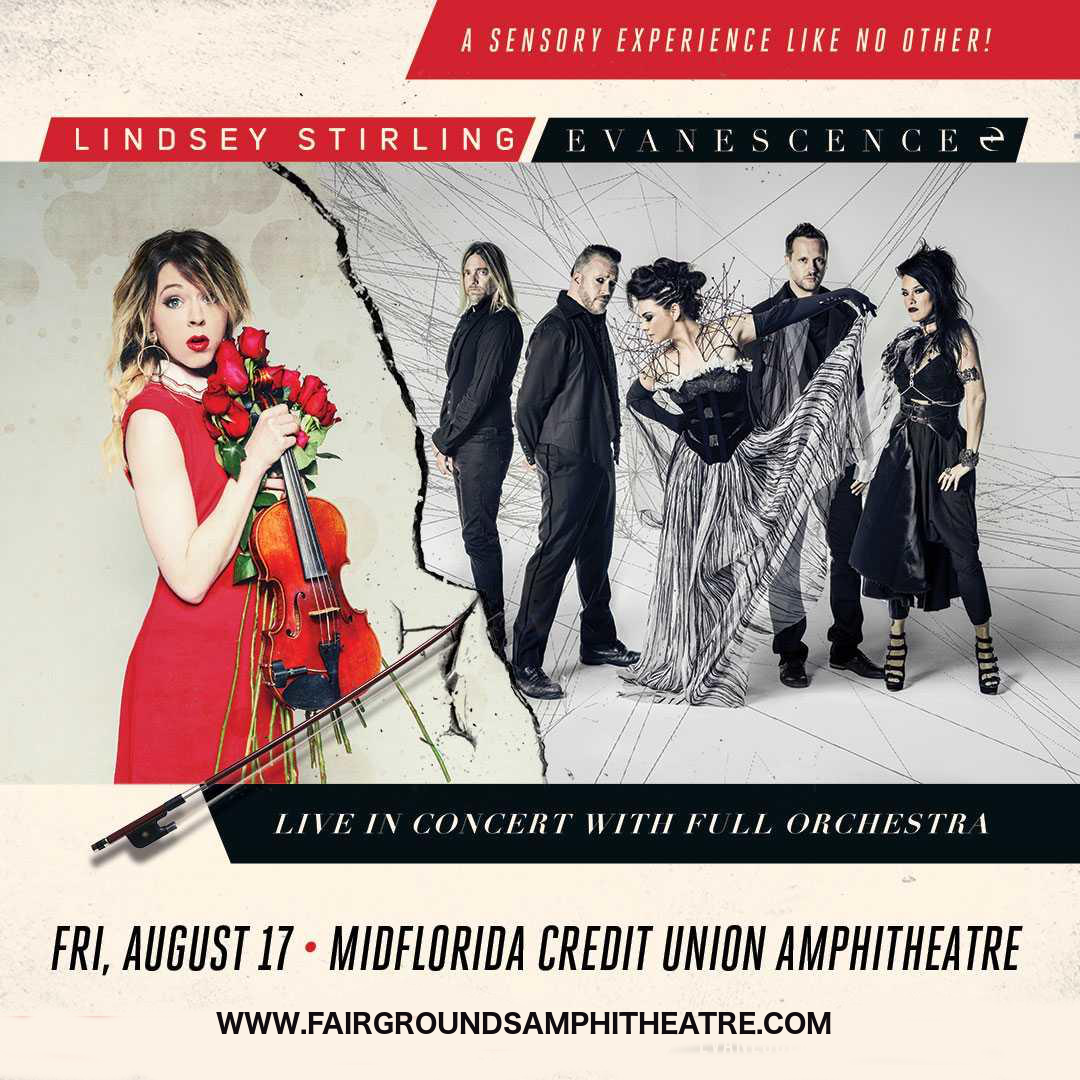 Evanescence are on tour with their latest album “Synthesis,” an orchestral and electronic reworking of much of their previous material, marking a strong stylistic change in the band’s musical direction and matching them perfectly to collaborate with Lindsey Stirling on the song “Hi-Lo" from the album. Lindsey Stirling, known for her incredibly unique live performances incorporating dance into her violin playing and vocal performances, is touring with her fourth album “Warmer in the Winter".

"In case you missed it, my dreams are coming true this summer and @evanescence and I are going on tour together!” was Lindsey Stirling’s excitable tweet regarding the upcoming tour. And she’s got reason to be hyping it so much – the two melancholic acts will be upping the theatrics with each set accompanied by a full orchestra!! It’s going to be Evanescence and Linsey Stirling like you’ve never heard them before – an unmissable experience for fans of either act!!  Tickets are in high demand and expected to sell out fast so don’t delay – get yours NOW while you have the chance!!