Metal fans rejoice as Korn & Breaking Benjamin team up for one epic night at MidFlorida Credit Union Amphitheatre on Tuesday 11th October 2016! The two hugely popular bands will rock your socks off on their co-headlining Nocturnal Wonderland Tour, and they're bring with them Motionless In White and Silver Snakes! Get ready for the mosh pit!!! 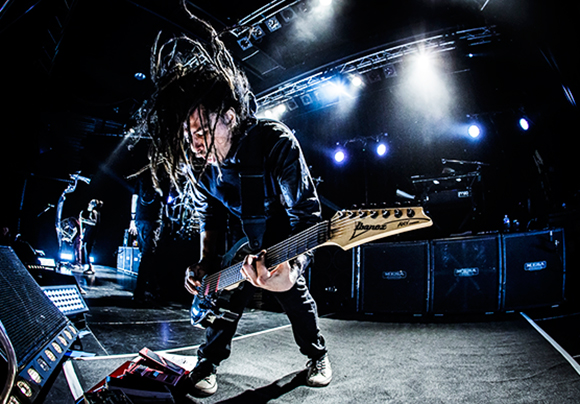 Formed in 1993, Korn is an American Nu-Metal band from Bakersfield, California. Rising from the ashes of funk metal band L.A.P.D. (Love And Peace Dude, later Laughing As People Die), the band's current lineup consists of founding members Jonathan Davis (vocals, bagpipes), James "Munky" Shaffer (guitar), Brian "Head" Welch (guitar, backing vocals), and Reginald "Fieldy" Arvizu (bass), as well as Ray Luzier (drums), who replaced the band's original member, David Silveria in 2007. To date, Korn has sold over 35 million copies worldwide, andwelve of the band's official releases have peaked in the top ten of the Billboard 200, eight of which have peaked in the top five. Eight official releases are certified Platinum or Multi-Platinum by the Recording Industry Association of America(RIAA), and one is certified Gold. Korn has earned two Grammy Awards and has received seven nominations, as well as winning two MTV Video Music Awards out of eleven nominations.