Punk rock rebels Green Day are still sticking it to the man with their brand new album Revolution Radio! Supporting the release of this shiny new LP, they'll be taking to the road, with British rockers Catfish and the Bottlemen in tow! Come join the anarchy as they tear up the stage at MidFlorida Credit Union Amphitheatre on Tuesday 5th September 2017! 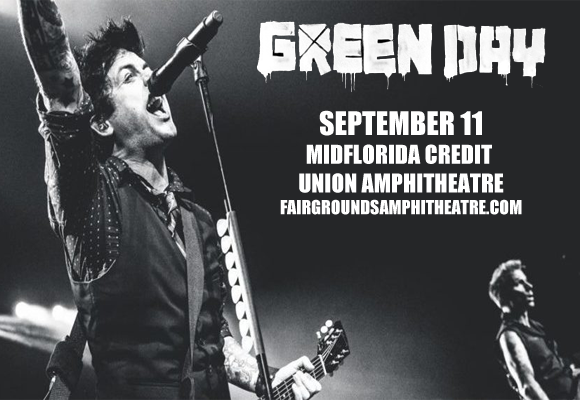 Formed in East Bay, California in 1986, American punk rock band Green Day broke into the mainstream with the release of their major label debut Dookie (1994). The album sold over 10 million copies in the U.S. and went on to reach diamond certification. Green Day has also had two double platinum certified albums (Insomniac, Nimrod) and one platinum certified album (Warning). They have won five Grammy Awards: Best Alternative Album for Dookie, Best Rock Album for American Idiot, Record of the Year for "Boulevard of Broken Dreams", Best Rock Album for the second time for 21st Century Breakdown and Best Musical Show Album for American Idiot: The Original Broadway Cast Recording. Green Day has sold more than 85 million records worldwide, and the band was inducted into the Rock and Roll Hall of Fame in April 2015.