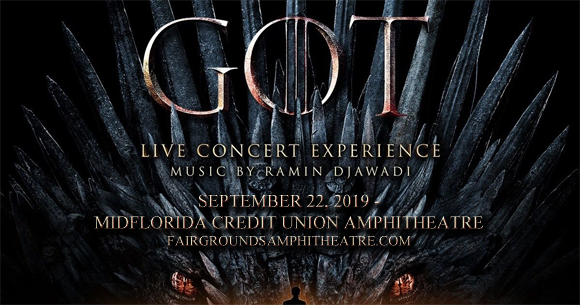 World-renowned composer Ramin Djawadi's theme to HBO's epic fantasy series Game of Thrones has become as much a cultural phenomenon as the Emmy Award-winning show itself, and his score has expertly swelled and soared beneath the trials, tribulations and turmoil of Westeros and its inhabitants, capturing the gravitas of emotional beats and battle sequences alike throughout the program's eight seasons. The master composer, whose credits also include the Grammy®-nominated score for Marvel's Iron Man (2008), as well as Pacific Rim, Clash Of The Titans, Warcraft, Westworld, Flash Forward and Prison Break, leads a symphony orchestra and choir to perform music for the hit show live for an audience in the Game of Thrones Live Concert Series. Adding to the atmosphere will be “a new custom stage design and mesmerizing visuals courtesy of state of the art video technology.”