Classic rock fans! Get ready for a treasure trove of radio-friendly hits as Foreigner heads to MidFlorida Credit Union Amphitheatre on Saturday 5th September 2020 on the Juke Box Heroes Tour with fellow chart-dominating bands Kansas & Europe in tow! All three bands are known for their epic rock songs and power ballads, so fans can sing along all night to some of the greatest tunes of the '70s and '80s! A perfect show to share with a group of friends, the Juke Box Heroes Tour will be a non-stop nostalgia-fest, so get your buddies together and enjoy a night of massive tunes! 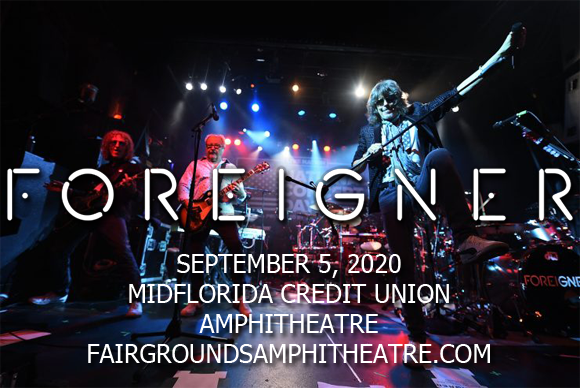 Throughout their four decade-spanning career, British-American rock band Foreigner have had 16 top 30 hits, including "Juke Box Hero," "I Want To Know What Love Is," "Hot Blooded," "Waiting for a Girl Like You" and "Cold as Ice," among others! The band, which formed in 1976, is one of the world's best-selling music acts of all time with worldwide sales of more than 80 million records, including 37.5 million records in the US. They've also had 10 multi-platinum albums throughout their career, beginning with their 1977 self-titled debut, which was the first of six consecutive multi-platinum albums that they released between 1977-1984. Since its formation, Foreigner has experienced a variety of line-up changes, but several of the surviving original members have taken to the stage with its current line-up over the years. Their most recent album is 2009's Can't Slow Down.