Alternative Rock/Metal fans get ready for the biggest highlight of the year as the mighty Deftones & Rise Against embark on a Summer tour together! LIVE at MidFlorida Credit Union Amphitheatre on Thursday 22nd June 2017, you can catch both of these unmissable acts in just one place! Tickets are on sale right NOW but not for long – grab yours while you can for this EPIC night!!

"We've been talking to Rise Against about touring together for a while now. Finally, everything aligned and we get to spend the summer playing shows with our friends. We couldn't be more excited and can't wait to see you at the shows." 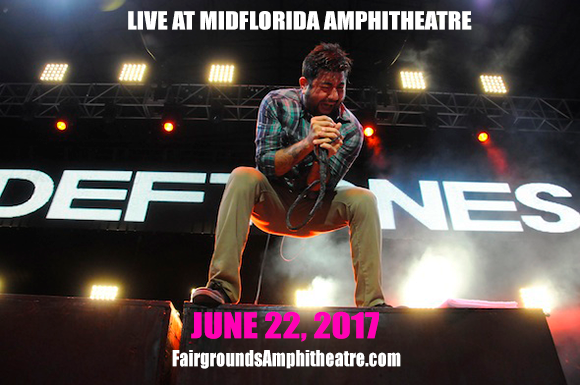 American rockers – Deftones hailing from California, first hit the ball running with their debut album release. 'Adrenaline' came out back in 1995 and would later receive incredible recognition, selling Platinum! This helped to change the course of their career and gave way for another 2 platinum records to follow and their self-titled fourth which certified gold!

Now in 2017, almost 23 years later, they are still taking to the road to pack out stadiums and bring hard core fans to their live shows, where-ever they go. This Summer they embark on a co-headline with Rise Against. This is going to be big!