"Rich Girl", "Kiss on My List", "Private Eyes", "I Can't Go for That (No Can Do)", "Maneater", "One on One", "Out of Touch"…and this hit list would just go on and on… The depth and breadth of Daryl Hall and John Oates' song catalogue is more than enough to fill a full concert set-list. Hence, let this be a warning: once the music starts, you'll never stop singing, your feet would never stop dancing, your head will keep on bobbing to their infectious rhythms and catchy harmonies.

Fans of Daryl Hall and John Oates will definitely grab this as an opportunity to get together for a blast-from-the-past reunion party. If you want you and your squad to secure a spot where you can celebrate great times and awesome memories with songs that made an indelible mark in your lives, get those tickets right here, right now! 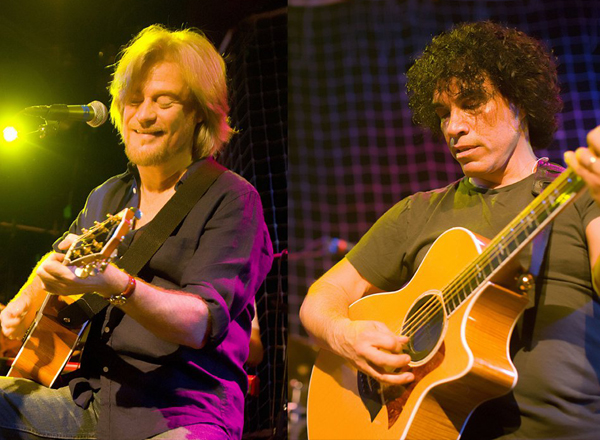 If one has to list down all the 'duos' in the realm of music, the names of Daryl Hall and John Oates would most likely be on top of the list. Their music is loosely described as "rock and soul" — a discography that is brimming with intense hooks, soulful lyrical and melodic expressions, and relished with elements of pop and '80s new wave. They broke into the music scene sometime in 1973, but exploded in the 80s with an unstoppable ammunition of hits that fired-up music charts all over the world. They amassed at total of 34 chart hits on the US Billboard Hot 100, seven RIAA platinum albums, and six RIAA gold albums, which gave them 40 milion record sales, as well as citations from Billboard magazine as the number 1 duo and 15th place ranking on their list of the 100 greatest artists of all time. They also took home the much coveted induction into the Rock and Roll Hall of Fame in April 2014.