With his smooth blend of Country, Rock and Whiskey Blues, Chris Stapleton, is back on the road with his All American Roadshow. This year he brings Elle King and Morgan Wade with him to MidFlorida Credit Union Amphitheatre on Friday, October 14th 2022. Grab your tickets right here, for the smoothest possible Whiskey blues you have ever had, and last year’s winner of the33rd annual Pollstar Best Country Tour guarantees you the very best show anywhere. That’s not all, Chris Stapleton is a recipient of five Grammy Awards, seven Academy of Country Music Awards, and ten Country Music Association Awards marking him as a phenomenal singer as well as performer! 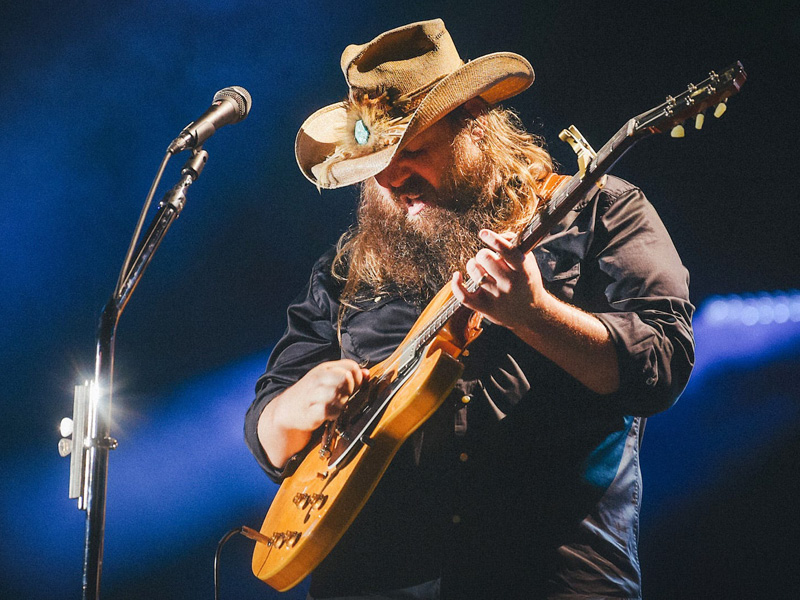 Last year was another great year for Nashville, Tennessee local, Chris Stapleton. He started 2021 leading the 56th ACM Awards with six nominations in four categories, of which he took home Best Album for his newest album, Starting Over. He gained another three Grammy Award nominations for Best Country Album for that same album, Best Country Song for the single, “Cold”, and Best Country Solo Performance in the song, “You Should Probably Leave”. By the end of 2021 he received another four ACM nominations for the 57th ACM Awards, including, Male Artist of the Year for the song, “You Should Probably Leave”, Entertainer of the Year, and Video of the Year, for his work on Taylor Swift’s song, “I Bet You Think About Me (Taylor’s Version).”

Starting Over, Stapleton’s fourth solo album, was released in November 2020. It debuted at number 1 on the Country Albums chart and number 3 on the Billboard 200, and received overwhelming critical praise, landing on several “Best of 2020” lists including NPR Music, Rolling Stone, Billboard, Esquire, Vulture, The Tennessean and The New York Times. The album includes the single, “You Should Probably Leave,” which recently reached number 1 on the Country Airplay chart, becoming his third number 1 single on the chart.