Two legendary rock acts, one incredible, unmissable tour! Chicago are back one the road once more, bringing a night of wall-to-wall hits to MidFlorida Credit Union Amphitheatre on Friday 2nd July 2021! Not only will there be a whole set of non-stop classics from the iconic headliners, but they'll be joined by a very special support act: Rick Springfield! Springfield will also be playing from an impressive back-catalog that boasts 17 U.S. top 40 hits, including “Jessie’s Girl”! 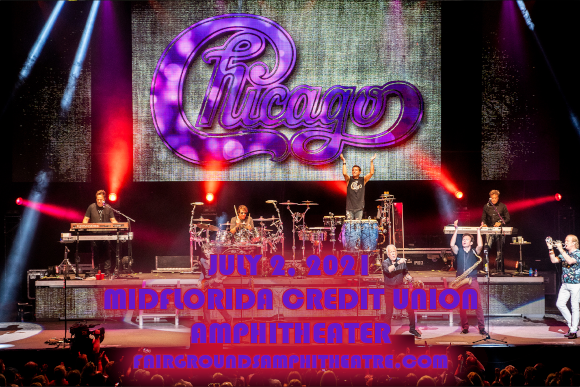 Originally going by the name "Chicago Transit Authority", Chicago formed in 1967 and dominated the charts throughout the 1970s and '80s, with five consecutive number-one albums on the Billboard 200 and twenty top-ten singles on the Billboard Hot 100. With their distinctive sound that blends rock with classical, jazz and traditional R&B, Chicago are one of the world's most enduring rock bands, and they have become the second-biggest-selling North American rock band of all time. To date, they have sold over forty million units in the US, with twenty three gold, eighteen platinum, and eight multi-platinum albums.