With his rock-influenced outlaw country, Brantley Gilbert is one of the hottest acts to see live at the moment! The platinum-selling singer has extended The Devil Don't Sleep Tour, and he'll be bringing tourmates Tyler Farr & Luke Combs to MidFlorida Credit Union Amphitheatre on Friday 2nd June 2017 for the party of the summer! Get ready for a wild one, ladies and gents! 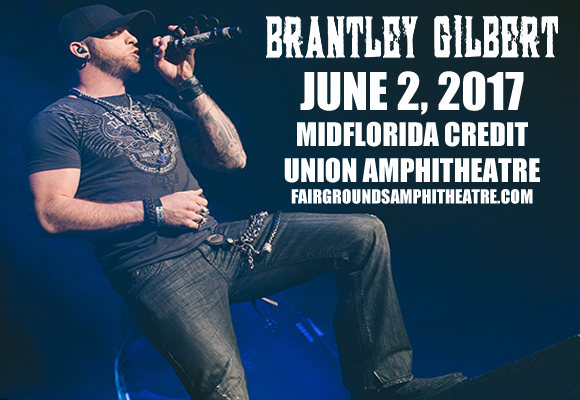 Signed to Warner Chappell Publishing upon moving to Nashville, country music singer Brantley Gilbert first made his name writing for artists including Jason Aldean and Colt Ford. Releasing his debut album on Ford's label Average Joes Entertainment in 2009, it wasn't long before Gilbert had a career as an artist in his own right. To date, Gilbert has released two independent and three major-label albums, with 2014's Just As I Am achieving platinum certification. Gilbert's latest album, The Devil Don't Sleep, debuted at number 2 on the Billboard 200, and hit the number one spot on the Top Country Albums Chart.