Join one of Country's biggest artists of all time – Brad Paisley as he heads out for 2020 on his exciting upcoming World Tour! The incredible singer/songwriter and guitarist will be joined by Jordan Davis & Gabby Barrett and all three will be LIVE at MidFlorida Credit Union Amphitheatre on Sunday 6th September 2020! Tickets are now available to purchase – book yours today for an unforgettable evening! 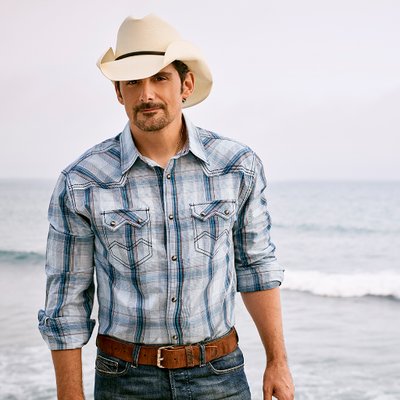 As a much loved Country artist on the American music scene, Brad Paisley has exceeded all expectations with a highly influential and major successful career. As Brad Paisley started on his journey in making and releasing music all the way back in 1998, he transformed the mainstream with impressive albums and singles which have stood the test of time.

Now with an unbelievable eleven records under his belt, Brad Paisley has given his dedicated fans a consistent stream of material to enjoy. Brad Paisley has reached new levels and pushed his stardom further with a collection of music that has reached the charts time and time again. With all of his albums released to date reaching a Gold accreditation or even higher, he has proven his ability to craft popular and well rounded songs. From his biggest singles, he has had a whopping thirty two to hit the Top 10 on the US Billboard Country Airplay chart as well as reaching the number one spot with an impressive nineteen singles!

Along with Brad Paisley's flawless songwriting abilities, he has also been a big hit on the live music scene and is known for his energetic performances. Brad Paisley has graced some of the biggest stages in the world at some of the most iconic venues. His legacy has taken him to reach a country music's crowning achievement, becoming a member of the Grand Ole Opry. As well as his vast collection of awards, which contain too many to number.

Brad Paisley will be taking to the road once again this coming Fall to bring his music out into the world for 2020! Join him on this special tour by booking your tickets and selecting your seats, come and be a part of the crowd – you won't regret it!