Indie kids, look no further – the soundtrack to your summer is sorted! Three acts that manage to marry real-world lyrical integrity with lively, expansive music, AJR, Quinn XCII & Hobo Johnson and The Lovemakers are headed to MidFlorida Credit Union Amphitheatre on Friday 24th July 2020 for a night of life-changing tunes! AJR and Quinn XCII are both performing as headline acts, with Hobo and co. acting as support! Music is transformative, and this show will leave you feeling ready to take on the world! 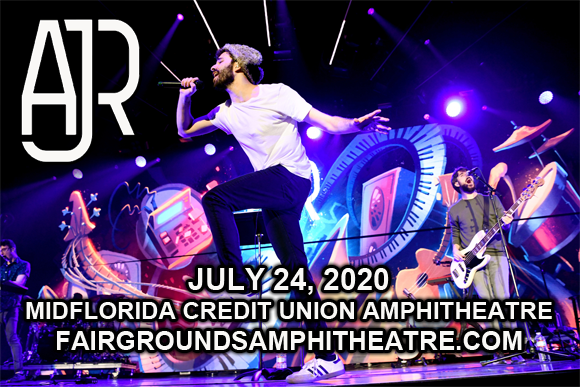 Detroit rapper, singer and songwriter Quinn XCII centers vulnerability and humanity in his lyrics, which draw from a range of intensely personal themes such as anxiety, loss, nostalgia, and regret. However, with a musical palette that draws from Motown, hip hop, pop, reggae, EDM, rock and soul (to name a few, and is influenced by artists as varied as Kid Cudi, Kanye West, Mos Def, Jack Johnson, Jon Bellion, Michael Jackson, Sam Cooke, and Chance the Rapper, his songs take on a sunny disposition that still makes them fun and danceable. This is what makes him such a uniquely relatable artist, and is the reason he is teetering on the edge of massive breakthrough success. Quinn XCII began as a rapper, making music with his producer friend Ayokay when they were both enrolled at Michigan State University. After a few years of releasing singles on SoundCloud and videos of YouTube, he released his first full-length studio album, The Story of Us, on Columbia Records in 2017. He followed up with his second, and latest, album, From Michigan With Love, two years later. In 2020, he released the single "Two 10s".