AJR’s most recent album, OK Orchestra, released on March 26, the brothers stick to what they know and do well, and the Orchestra theme continues throughout this new-album with the band using even more instruments than normal! AJR The OK ORCHESTRA Tour comes to MidFlorida Credit Union Amphitheatre on Wednesday, May 4th 2022. Featuring the single, "Way Less Sad" which is poised to be one of the biggest songs of the summer, so far generating more than 80 million streams, and is spending its ninth-strait week on the Billboard Hot 100 and just hit number 10 on Pandora's Top Spins Chart. Grab your tickets now and make sure that your 2022 is Way Less Sad than this year! 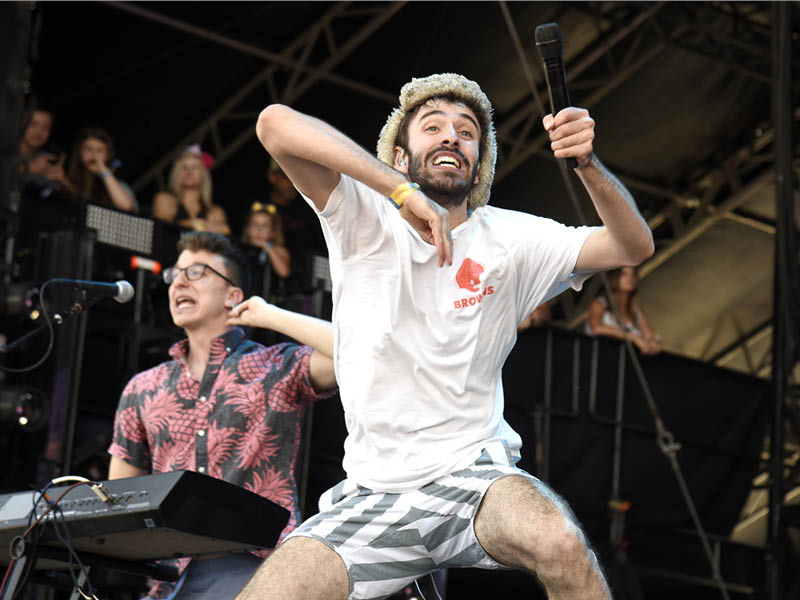 With a slurry of popular songs, the album plays out comfortably. “Bang!,” “Bummerland,” and “Way Less Sad,” all dropped as teasers for the album in the months leading up to the release in late March. And eventually debuting at number 1 on the Billboard Alternative and Rock and number 10 on the Billboard 200 charts on release. “Bang!” which they played at the 2021 Billboard Music Awards, and took home their first-ever Billboard Music Award for Top Rock Song for, entered the Billboard Hot 100 chart at number 99 and peaked at number 8, becoming the band's first top 40 entry, first top 10 entry and has become a platinum selling single. All in, “OK Orchestra” breaks away from some of the stereotypical moods that AJR has created to do something entirely distinct and enjoyable, and it’s refreshing to hear the talent of these three brothers really shine when they take those steps to craft something truly new to them and their genre.
The Multi-platinum, and award-winning indie pop trio AJR, are multi-instrumentalist brothers Adam with vocals, bass guitar, programming, samples and percussion, Jack with lead vocals, guitar, melodica, ukulele, drums, percussion, keyboards, synthesizers, samples, programming and trumpet, and Ryan Met with vocals, programming, keyboards, ukulele and trumpet.