There's a whole heap of excitement brewing at MidFlorida Credit Union Amphitheatre, as preparations take place for 97X Next Big Thing as it RETURNS for another incredible, unmissable year with a line-up that will have you running to grab tickets; The Lumineers, X Ambassadors, MAGIC GIANT & Arkells will be here on Saturday 2nd December 2017! This exciting show, which is chock full of talent, is one to put at the top of your list for this Winter – don't delay – book your passes now! 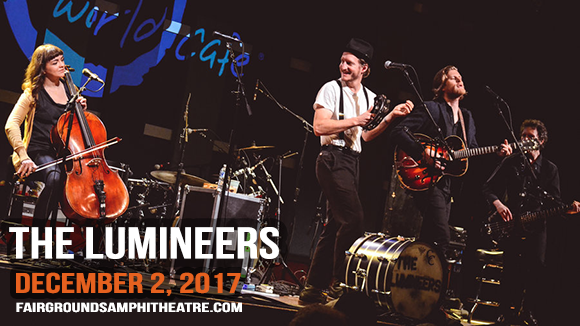 American folk rockers, The Lumineers have been taking to stages ever since their debut back in 2005! It's hard to remember a live music scene without them!! Hailing from Denver, Colorado. The founding members are Wesley Schultz (lead vocals, guitar) and Jeremiah Fraites (drums, percussion) helped to reshape the folk rock/Americana revival…. with a few years into their career, they grew quickly and gained a dedicated following. With influences from their idols such as Bruce Springsteen, Bob Dylan and Tom Petty. Just some of their biggest smash hits have included tracks, the likes of; "Ho Hey”, “Stubborn Love”, “Ophelia” and “Cleopatra."

With gold albums under their belts and a wonderful collection of music… these guys are once again touring and will be bringing it all to their fans LIVE Winter 2017!